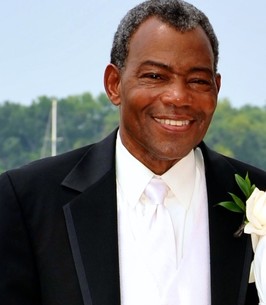 Aubrey Leonard Ross was born on August 23, 1939 in Lynchburg, Virginia. He was the only child of Mary Elizabeth Ross. He completed his primary and secondary education in Lynchburg. He was affectionately called “Ross” or “Rossie” by friends and family.

As a young man, Aubrey left Lynchburg after high school to attend Virginia State University in Petersburg, Virginia. He returned home after one year due to financial reasons. He later earned an Associate Degree in Communications Technology from the Community College of the Air Force. Aubrey began his military career by enlisting in the U.S. Army. After three years of service, he then switched things up and enlisted in the U.S. Air Force, with Andrews AFB as his first tour of duty. Aubrey served his country proudly with tours of duty that included Thailand, Vietnam(twice), Germany, Korea, Texas, Ohio, Maine and Maryland. After 28 years, Aubrey retired from the military in 1987 at the rank of Senior Master Sergeant. He turned down the promotion to Chief Master Sergeant because he did not want to be stationed at Minock, ND. He was not willing to go from a cold tour of duty in Korea to another cold tour of duty in in North Dakota. He liked warm weather too much. Aubrey returned to Maryland and began his federal career at the Pentagon as a Communications Specialist/Duty Officer for the Pentagon Telecommunication Center (PTC). There he met his future wife, Jean, who he married July 24, 2010. He retired from the Federal government in December 2015.

As most of you know, one of his favorite pastimes was sports, but especially women’s college basketball and track and field. He enjoyed attending the Penn Relays in Philadelphia, the Nike High School Outdoor Championship in Greensboro, North Carolina, the Maryland State High School Track Championship and local track meets as well. He was even able to see his favorite women’s basketball team (University of Tennessee) play James Madison University in person. He also coached his sons’ teams in all sports as they were growing up, from baseball to basketball to football.

His other favorite pastimes were 18-wheel trucks and tinkering on cars. He loved big trucks so much that he attended truck driving school on weekends and received his commercial driver’s license while still working at the Pentagon. He even purchased a big rig just to say that he owned one. As for the love of cars, it was hard for him to let one go, even if it a normal person would say that it

couldn’t be fixed. He and his youngest son would tinker on it until they fixed it. At one point in his life, he owned six cars at once because he wouldn’t let them go.

Aubrey loved to travel with Jean and enjoyed many trips to Aruba, Hawaii, California, Florida, Massachusetts, Virginia, North Carolina, Tennessee, South Carolina, Alabama, and Washington. One of his most memorable was a spontaneous trip with his late father-in-law (who he called his mentor), Marvis Williamson, to Lynchburg. It started off as a short daytime trip to Northern Virginia and ended up as a buddy trip once they saw the sign for Route 29. As Aubrey put it, “I asked him if he wanted to go to Lynchburg and he said ‘Why not?’”

Aubrey joined Mt. Ennon Baptist Church in Clinton, Maryland in 2008. He enjoyed attending church with his wife and sister-in-law and did so on regular basis until he became ill. He then watched services online every Sunday.

Aubrey was a loving and giving person who enjoyed meeting and talking to people. After most first conversations, he would know that person’s entire background. Aubrey would do anything for anyone, from cutting their lawn to assisting them financially. He knew that God had blessed him in many ways and he did not hesitate to share these blessings.

Aubrey is survived and missed by his wife Jean, sons Rodney (Glynnis) and Leonard (Terrise), sisters-in-law Kitty, Mildred, Barbara, Elizetta, Nancy, brothers-in-law Dalton, Sidney, several grandchildren, nieces, nephews, and many other relatives. He is predeceased by his first wife, Barbara and son Reginald(Alice). His spirit will live forever in our lives.