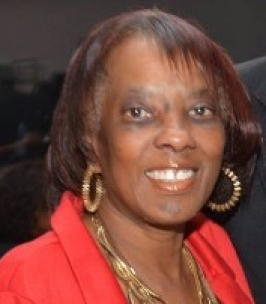 Donna was born November 23, 1954, at DC General Hospital in Washington, DC to the late Clinton Tiggett and Grace (Pegram) Tiggett. She was the baby of the bunch.

She received most of her education in the DC Public Schools system but relocated to Trenton, NJ to finish her education.

While living in New Jersey, Donna met and married Jerome L. Parker in 1972. In this union, they welcomed three children. Later, they divorced in 1978 and she returned to Washington, DC.

Donna had a love for helping others and worked in the healthcare field for many years. She retired from Georgetown University Hospital in 2009.

Donna’s caring and loving spirit allowed her to open her home to anyone in need. Whether it was preparing a home cooked meal or providing a place to stay- her door was always open. She had a passion for serving others. She would host impromptu gatherings and cook some of her favorite dishes i.e., mac-n-cheese, potato salad, tuna salad, seafood newburg, fried chicken, and a variety of other foods. She always cooked more than what was needed because she wanted to make sure there was enough for everybody.

Donna loved music and had a passion for singing. In the 1980’s, she was the lead singer of the local Capitol Hill Band with band members: Caleb, Curt, Petey, Roger and her brother Erwin. She also played the guitar and keyboard.

She loved going to the casino and playing the lottery. She would spend her last hoping that she would win.

She enjoyed spending time with her family. She loved family game nights, karaoke, and spontaneous lunch/dinner dates. She would always grab the microphone when it was karaoke night to show off her vocals to out-sing others.

Donna had an endless love for her dogs; Bear and Rocky (deceased). She gave them so much love to where she could not live without them.

She was an avid die-hard Dallas Cowboys fan and would always talk trash to the rival Washington (Redskins) Commander fans.