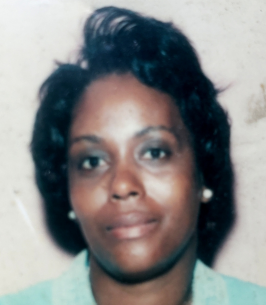 Mary Reba (Hill) Peebles was born on August 21, 1936 in North Hampton, North Carolina to Gasper L. Hill and Reba M. (Grant) Hill. Affectionally known as “Sis”, Mary passed away peacefully at home with her family by her side, on October 14, 2022. She was 86 years old.

Mary spent her childhood on a farm in North Carolina with her parents and siblings. She was the oldest of five children and was a twin. Mary grew up in a very religious family. During her youth, her family attended church several times a week. She attended public schools in North Carolina. At the age of 18, she moved to Washington D.C. with her parents and siblings. She worked at the U.S. Department of State in Washington, D.C. until she met her husband of 56 years, Lee Andrew Peebles, Sr. They were married in 1955 and had eight children between 1956 - 1968. Mary was a stay-at-home mother for many years. Once her children were older, she was employed as a crossing guard. Mary loved life! She enjoyed cooking, gardening, listening to music, and dancing. Her favorite recording artists included Aretha Franklin, Otis Redding, Sam Cook, and Marvin Gaye. She loved crab cakes, desserts, NASCAR Races, Baseball, Roller Derby, Festivals, Movies, and MSNBC News. Her greatest joy was serving God and her family.