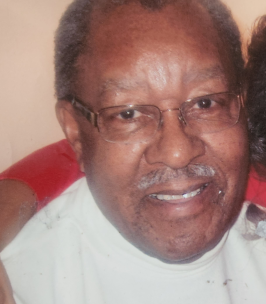 We celebrate the life of Willie (Jack) Staton

Willie Staton affectionately known as “Jack” has gone home to be with the Lord. He was deeply loved and will be deeply missed. Willie was born in Rocky Mount, North Carolina on October 24, 1935 to the late James and Lillie Bell Staton. He was the fourth of six children. He is preceded in death by his brothers, James Staton, Jr., Lonnie Staton and George Staton. He was married to the late Alice Mitchell and from this union they were blessed with two sons, Ethan Staton and the late Kenneth Staton.

Willie attended public schools in North Carolina, Southeastern University, and the University of the District of Columbia. Willie worked for the Federal Government for 31 years. He retired as a Project Officer in 1995 from the Environmental Protection Agency.

He said he met the love of his life Albert Staton (Al) and referred to her as his “sweetheart.” They enjoyed watching television together while holding hands. They were often teased that you didn’t see one without the other. Al has always stated that God could not have blessed her with a better husband. Willie truly enjoyed all sports, driving, and the great outdoors. He was an excellent cook and spoiled the family with his cooking. He also liked to sing. His favorite song was “I Want Jesus to Walk with Me.” He was the patriarch of the family.

He was always willing to help anyone in need. He loved his Community United Methodist Church family. He was Chair of the Trustee Board, Treasurer of the Male Voices, and member of the Methodist Men of Community. He truly believed that if he could help somebody then his living would not have been in vain.

He was an honorary member and faithful supporter of Faith Fellowship Ministries International (FFMI) and Amazing Grace Fellowship Church throughout the years. He loved working with both Church families.